Michael Devine Ltd. strives to create beautiful products that are unique and always handmade. Using the best artisans in both the USA and France, every yard of fabric or piece of china is carefully crafted and made to order.

Michael Devine Ltd. strives to create beautiful products that are unique and always handmade. Using the best artisans in both the USA and France, every yard of fabric or piece of china is carefully crafted and made to order.

A Must Have Cookbook 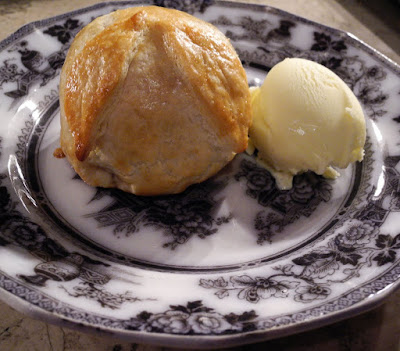 One of my most spotted, stained and dog eared all time favorite cookbooks is Menus et Recettes pour toute la Famille par Francoise Bernard. When I first moved to Paris to study I had no idea who Francoise Bernard was or her contribution to French cooking. What I did notice was it seemed every French kitchen I was in came equipped with at least one of her cookbooks, rather like a stove is a standard kitchen item.

Over time and as my French improved, I learned who she was and her importance. Very simply put, she is to France what dear Fanny Farmer is to America, the basic fool proof go to cookbook. Obviously there is a serious difference: she is French.

Many of the recipes that Julia Child brought back and made famous with her cookbooks are found in Bernards. However, the recipes are as delicious but much easier and faster to prepare. 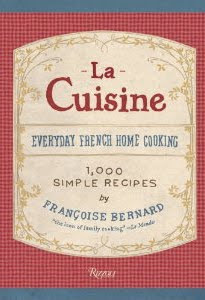 For example, last week we hosted a fireside dinner for a couple of friends. I wanted a pretty and easy dessert that reflected what is in season. That reduced the options to locally grown apples or pears. So skimming through the new American edition of Francoise’s cookbook, La Cuisine Everyday French Home Cooking I found a recette for Bourdelots Normands (Whole Apples in Flaky Pastry) page 700.

It was just the ticket. I made the Pate Brisee (a snap with the food processor) and a swell Creme Fraiche Ice Cream I made with local raw milk from Hawthorne Valley Farms. I filled the apple with some of the raspberry jam I made last summer.

They were delicious. The tanginess of the ice cream countered the sweetness of the apple and the jam really well. These apples are a far cry from grandmother's baked apples.

Sign up to get the latest on sales, new releases and more …